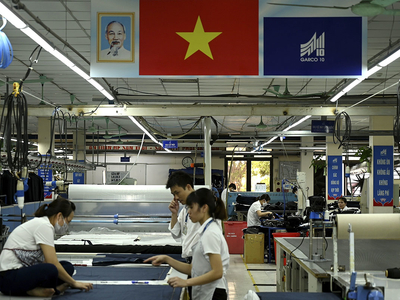 Open or relocate production to Vietnam

In the past few years, Vietnam has taken an active position in attracting foreign manufacturers and relocating production from other countries in Southeast Asia.

There are 5 reasons to open or relocate production to Vietnam:

In recent years, the procedure for starting a business for all possible forms of activity in Vietnam is simple and takes from 15 to 45 working days. Many types of activities are possible without attracting a local investor. That is, you personally or a legal entity controlled by yourself can own 100% of the enterprise. Companies with 100% foreign investment do not incur any additional tax or administrative burdens.

To start production, you can choose to open a branch of your company in Vietnam or the representative office of your company. Alternatively, establish a Vietnamese company in the form of a limited liability company, joint stock company or partnership. 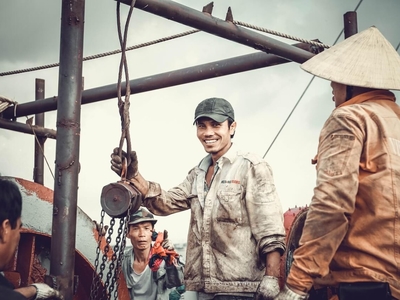 The population of Vietnam at the beginning of 2021 was about 98.32 million people, of which 68.7% were able-bodied. The average age of the population is 32.5 years, and men and women are approximately equally divided. Of course, the workforce differs from region to region. Let's take a closer look at the minimum wages and qualifications of workers by region.

Let me remind you that in Vietnam the price of electricity for legal entities and individuals differs, and there is also a division by the time of day. I will give an example of pricing for a business for 2021 three-phase electricity:

Low labor costs, coupled with low energy and water-sanitation prices, make Vietnam one of the lowest operating costs in the region. 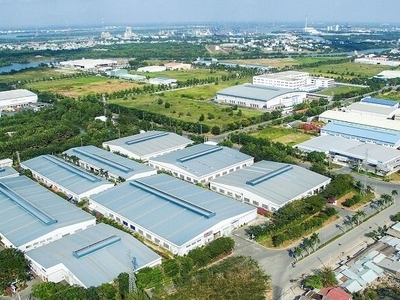 Regarding the production resources in Vietnam, it is impossible to ignore the issue of industrial parks (IP), which in turn are divided into special economic, export and production zones.

At the end of 2020, 370 IP with a total area of ​​115 400 hectares were organized in Vietnam, of which 260 have already been commissioned and 37.6% are intended for production. The entire area of ​​such facilities is located outside residential areas and has a ready-made infrastructure for locating production facilities. There are even connections for electricity, water and good driveways.

Businesses investing and operating in industrial parks are eligible for preferential policies to exempt and reduce corporate income tax, exemption and reduction of land rent and other goodies.

Let's take a closer look at the number, area and price of industrial parks by region: 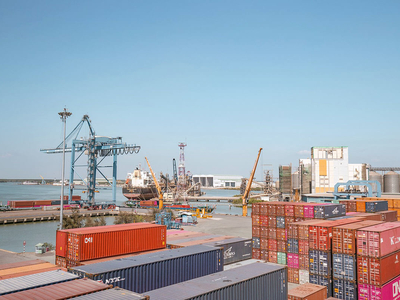 Vietnam, located in the heart of Southeast Asia, has a unique strategic territory. The long coastline along the East Sea is in close proximity to the world's transport networks and creates ideal conditions for production and logistics. You do not need to send products hundreds of kilometers to the port. In total, there are 15 international ports on the territory of Vietnam, through which about 700 million tons of cargo passed in 2020.

Over the past few years, the road infrastructure has expanded significantly and new, convenient approaches have appeared from industrial zones to transport hubs. I would also like to note that there are 7 international airports in Vietnam, which carry out not only the transportation of passengers, but also cargo.

Rail transportation in Vietnam leaves a lot to be desired. Vietnamese Railways operate intermodal train routes, delivering goods via China into Russia and some countries of the European Union. However, the biggest challenge at present is that Vietnam's rail gauge does not meet the standard 1 435 mm. This factor, as well as the slow ground clearance, make rail transport still unable to keep up with land and sea transport.

This does however create another sector where investors can direct their attention. The Hanoi - Ho Chi Minh high-speed railway line would be very helpful for example. 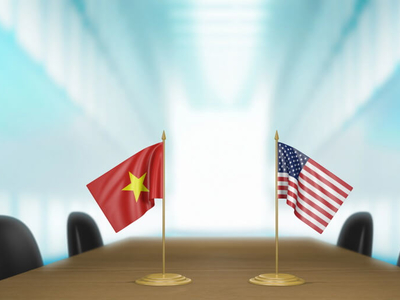 The trade confrontation between the United States and China is now also playing an important role in locating production in Vietnam. Let me remind you that Vietnam has signed several trade agreements, including the Trans-Pacific Partnership with the United States. Many American textile companies have moved their apparel manufacturing to Vietnam.

The trade agreement and the Investment Protection Agreement between Vietnam and the European Union on June 30, 2019 attracted European manufacturers.

Vietnam is a member of the ASEAN Free Trade Area (AFTA), which includes 10 countries of the Asia-Pacific region, and of course, since 2007, a member of the World Trade Organization (WTO). There are also several agreements with Australia, New Zealand, Chile, South Korea, Japan, India and other countries. In details about international trade agreements of Vietnam.

Vietnamese government offers very weighty incentives and support to its producers. Depending on your type of business, the amount of investment, the number of jobs and the quality of the equipment used, you can count on both tax and administrative and trade incentives.

I would like to draw your attention to the fact that if you imported blanks into Vietnam, or an unfinished product where Vietnam made at least 40% of the final processing, then such goods are considered to be produced in Vietnam. In details about tax benefits in Vietnam.

Strengths and weaknesses of the location of production in Vietnam, depending on the region.

In the north, the capital - Hanoi city and neighboring provinces are the center of attraction and are popular for manufacturing. The region's advantage is its proximity to China and the presence of a seaport at Hai Phong, the second largest port in the country. The head offices of the world's banks, represented in Vietnam, are also located in Hanoi. 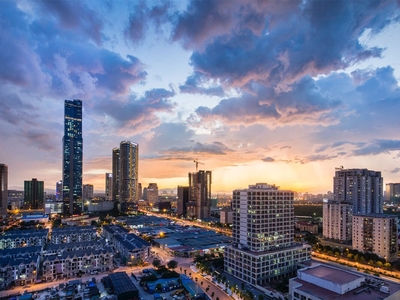 The main production is concentrated in the areas of electronics, automotive, consumer goods and information technology. The first industrial parks for IT developers appeared only in the Hanoi region. The capital and metropolitan area attracts workers from all nearby provinces and offers a choice of more qualified personnel. However, labor costs are also relatively high in the metropolitan area due to the higher standard of living.

The road infrastructure is more developed. For those who need raw materials from China, it is very convenient to get them by trucks in the northern part of the country. 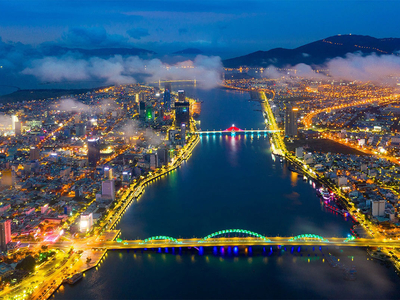 In the central part is the third largest city in Vietnam - Da Nang. The city is popular with English-speaking expats for its convenient infrastructure and pristine beaches. This region is an inexpensive destination as the north and south are saturated with investment, which leads to increased costs due to congestion in supply networks.

The amount of land for organizing production increases every year as they attract more investment, especially from IT companies. In this region, it is convenient to locate enterprises that are engaged in the processing of agricultural products due to the proximity to the main agricultural lands of Vietnam - the Tai Nguyen plateau.

The workforce in the region is young and dynamic, with a higher level of skilled workers.

However, the central region is also characterized by less dynamic development of transport infrastructure. When locating production in this part of the country, it is necessary to carefully consider options for the delivery of raw materials and export of products. 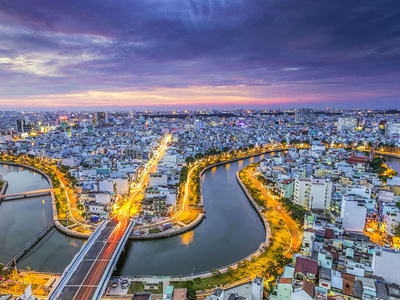 Ho Chi Minh City is the largest city in the country in terms of population and the most diverse in ethnic composition. It is an economic center with a thriving middle class and growing consumption. The working population is approximately 10.6 million people. This is the largest part in Vietnam with a high proportion of labor migrants from neighboring countries (Laos, Cambodia and Thailand).

The workforce is concentrated in large cities and industrial clusters such as Ho Chi Minh City, Binh Duong and Dong Nai. You will be able to find cool IT professionals for your business, and hospitality workers who have significantly improved their professional skills over the past decade. Competition for labor and talent is high among employers, while staff turnover, especially during and immediately after the initial hiring process, can cause delays for companies seeking to start production.

Summing up, I want to remind you that each company and enterprise should carefully study the strengths and weaknesses of a particular province and area precisely for their goals and objectives.

When purchasing a ready-made manufacturing enterprise, the price may seem high, but if you consider that time is freed up that will be spent on project approval, construction, hiring personnel and searching for suppliers, it may be worth it.

When purchasing a ready-made manufacturing enterprise, the price may seem high, but if you consider that time is freed up that will be spent on project approval, construction, hiring personnel and searching for suppliers, it may be worth it. Another option is to rent a finished production facility for 3-5 years and see how it goes.

If you still decide to lease land for 50 years and independently develop and implement your project, this is also an excellent solution.

However, for any option, you will need administrative and legal support, which company LEADERSHIP TSC will provide professionally and efficiently. We will make a comprehensive analysis of the feasibility of your project at the initial stage, help to determine the most effective form of ownership, carry out all the necessary measures to agree on a long-term lease agreement and obtain project permits as soon as possible with full, understandable information.

Accounting and Tax issues in Vietnam

Licenses and permits for business in Vietnam